Most of the reason behind the creation of Ahuramazdan was to incorporate the wisdom of Astrology into Zoroastrianism.

A traditional Zoroastrian does not like Astrology. Some families forbid it.

An Ahuramazdan respects the choice he or she makes according to the various angles the planets are making to each other.

I have spent many years looking at the angles of planets to each other. They have been shown to correlate very well the mood of people. The best test the stock markets.

I also spent many years looking at the effect of the Moon.

One of the most important questions we Iranians have is:

"Who created The Zend-Avesta?" We know that Zoroaster wrote the chapter called Gathas. But who were the authors of the other chapters?

But what is an more important question is:

"What do we call the people who wrote all the chapters of The Zend-Avesta?"

My answer is that he or she must have been an Ahuramazdan. So if you want to reach out to an old Iranian spirit that is older than Zoroaster, you know what to ask for. He or she would be an Ahuramazdan.

An Ahuramazdan will be looking at and respecting all the chapters of The Zend-Avesta.

Most of the older parts of the The Zend-Avesta than Gathas talk of two forces.

An Ahuramazdan sees himself or herself as having the right to chose. We know that in Astrology there are always plenty of choices available.

An Ahuramazdan knows that the choices change in time. There is no absolute eternal never changing truth for all. In contrast different choices are being created all the time. Each moment is special.

The Ahuramazdans referred to these choices as Gozinesh in The Zend-Avesta. Ahuramazda gave us the freedom to choose. The Ahuramazdan wisdom invented Astrology to map out space and time.

I looked at the wonderful angles and thought why not create Ahuramazdan now.

But you ask an Iranian:

"Baraye Iran chi chi mohemtar ast?" (What is the most important for Iran?)

The answer is not the word "Gozineshi".  No one ever think of Ahuramazda or The Zend-Avesta. They will be thinking of great European philosophers who wrote about democracy. They think that it all started there.

Again it is like many concepts that began in Iran and have never been given credit. Tell a Greek that Iranians wrote about gozineshi well before any Greek, and he will go mad.

So an Ahuramazdan will have the task of constantly having to rewrite the existing history of the world to include the Iranian version. But speaking in terms of Ahuramazdan history one can mention concepts that were at the root of all the people who lived in the Iranian Plateau. A lot of these concepts are much older than Iran itself.

In terms of space and time, there are parts of The Zend-Avesta that deal to places and times outside the planet Earth. 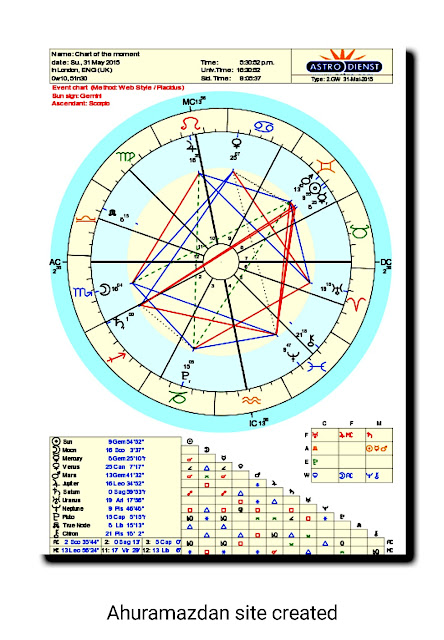 I have been for a long time writing about Iranian Astrology and Iranian Current Affairs.

In my writings I have had to show that many of the concepts of ancient Iran are called Zoroastrian.

The word "Zoroastrian" is based on labelling the thoughts of Iranians from the moment we stepped into the Iranian Plateau.

The people who labelled ancient Iranian philosophy "Zoroastrian" were born thousands of years after Iranians. They belonged to new Abrahamic religions.

These Jewish, Christian, and Moslem scholars looked for a single religious leader to be the name of their religion.

But if you ask an Iranian, do you like the idea of Good Thoughts, he or she will agree. And so there lies the root of Iranian attitude.

All Iranians like the ancient idea of Good Thoughts leading to Good Words, that will lead to Good Deeds. They will agree that their ancestors built Iran to make it the "Heaven on Earth".

A Good force or freedom exists to help us be free all the time to exist and have free will. The wisdom that we need is the greatest thought or Ahuramazda.

If you like the concept of the wisest thought then you are an Ahuramazdan. 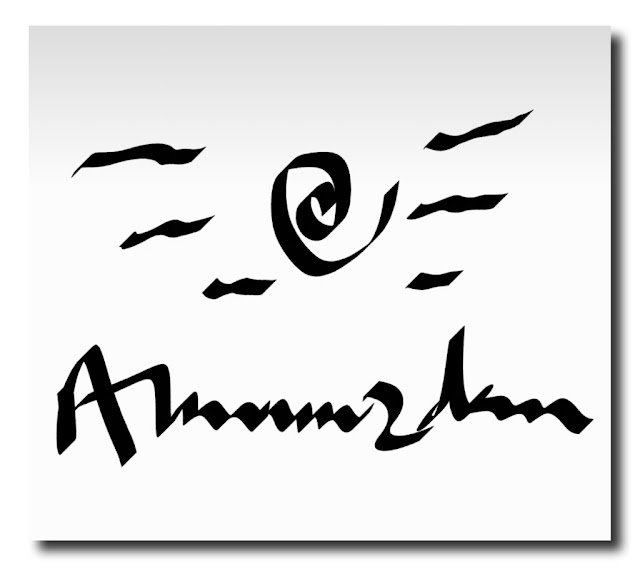