(I have got one of these around my neck)

(Of course I do, it's that, you know, wotz it, um yeah Ahura Mazda)

Even though, this young chap, was definitely "confused.com", he finally got there. The new generation of anti-Islam love it, but really do not know much more.

Then you go to a learned, proper, good old fashioned Parsi, or a Zoroastrian, and you ask the same question. You get a religious epitaph. It is seen as a symbol of a long lost era. It is their "Holy Cross" or "Allah" or "David's Cross".

But both of the new and traditional Zoroastrians are wrong.

The Ahuramazdans, wanted to reach out across time, with a universal message. It was and perhaps is, the oldest logo.

The message, had to show the position of the curious mind. Information is arriving from all directions. You have to simultaneously deal with contrary informations. There is no absolute right and wrong. You choose.

The person is in the middle, with information from the left and right, as well as from above and below. He or she have free will.

At this point I get interrupted:

(Where is it from above, stop the BS, Ali)

The Ahuramazdans knew, that developing the best curiosity, will enable them to rise like a bird and go above. A human-being is elevated in consciousness, with curiosity. So "above" is a state of mind.

(Nothing important is written anywhere)

The Ahuramazdans realised that diversity cannot live with divisiveness. Any kind of idealism, or any form of morality, would surely blunt curiosity.

Astrologically this is shown by Khordad or Gemini being opposed to Azar or Sagittarius. Being able to see both sides to everything, or the polarity of life is what Khordad energy stands for.

This is what the wings in Faravahar show. The human is at the centre, and excersizes free will to decide what to do, after looking at every polarity there is in his or her life. After looking at his wings of thought.

At every moment you will see a special situation which you have not been to.

"The Faravahar or Farohar is the spirit of human being that had been existed before his/her birth and will continue to exist after his/her death.

It is to remind one of the purpose of life on this Earth, which is to live in such a way that the soul progresses spiritually and attains union with Ahura-Mazda (the Wise Lord); this state is called Frasho-kereti in Avesta" 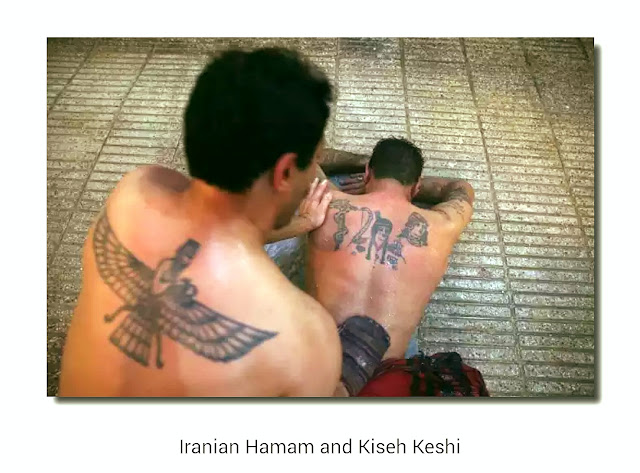