Ahuramazdans lived deep in Africa from as long as 75000 years ago. Stone circles have been discovered in Mpumalanga in what is now South Africa. Traditional archaeology has had to completely revised. The history of the world will be even more interesting in time.

As far as the Iranian Plateau is concerned, the study of Haplogroups in the Genome Project has correlated quite well with much of what is written in the Vendidad. The journey of Ahuramazdans began in the East Africa. The heat drove our fore fathers North. They eventually arrived in the Iranian Plateau.

Later many Ahuramazdans moved to Europe and built stone circles there. Some of the oldest clocks are found in the British Isles like Stonehenge. Ahurmazdans' time worship spread all over Europe.

There are sections in the Vendidad, that describe Ahuramazda speaking to the ancient Emperor of Iranians called Yima or James or Jamshid as in Takhte Jamshid, telling him to prepare for a long journey South, away of what would be an Ice Age. Isn't it strange how we all watch the film. It has a sub-conscious intuitive link in all of us.

"On the approach of a dire winter, which is to destroy every living creature, Yima, being advised by Ahura, builds a Vara to keep there the finest representatives of every kind of animals and plants, and they live there a life of perfect happiness."

In fact if you are into the connection of all humans to the extra-terrestrial, you need to read Immanuel Velikofsky, where he explores deep into the human psyche. Ahuramazdans were part of inter-galactic wars. What we call Atlantis disappeared and giants came to the Iranian Plateau. Hercules and Goliath are even remembered nowadays in childrens' stories.

All of this is part and parcel of what modern Astrologers or Ahuramazdans call Sagittarius or Azar. The word "Saghi" relates to the word "Sage". The symbol for the constellation comes from "Arash" or "The Archer". As the mythology goes his ability to draw the bow produced the boundary of Iran in the Tir Solstice (Cancer Solstice) when Jupiter was exhalted in Cancer or Tir.

This quest to find meaning with Fire later made Ahuramazdans make the oldest observatory in the world. It is called the Fire Temple of Azar Goshtasp way before the Jews called it The Throne of Solomon. The temple of Anahita is in it and much of present day Judaism and proto-Zoroastrianism is kept there.

"Gahanbar ceremony in Azargoshasb Fire Temple – Zoroastrians recited Avesta together with the Mobeds and retied their kustis.  Kusti (koshti) is a girdle (waistband) made from sheep wool, woven from 72 strings of woolen thread, representing the 72 chapters of Gathas, the holy hymns of Zarathushtra.  These 72 strings, divided into 12 equal parts, meaning 12 months of the year, and each of these 12 strings divided into 6 parts, meaning the 6 chahreh of Gahanbars, are woven together ending with 4 knots, which represents the 4 elements of nature:  water, air, earth and fire.  Zoroastrians tie the kusti on their waist, and by retying it each time, remind themselves of their duty to spread, righteousness, goodness, purity, peace and honesty and their duty to fight with wrong, evil, impurity, war and by-ways."

Lighting the candle and the reverence for the flame, is a symbol of the light that shines in the darkest moment. And so it is that the longest night is at the end of Azar. All Iranian stay up all that night to defeat darkness, but more importantly to celebrate the first longer day called Yalda. That later became Christmas.

As you can see much of what we now see in present day Zoroastrianism is Astrological and was originally what Ahuramazdans believed in way before Zoroaster was born. 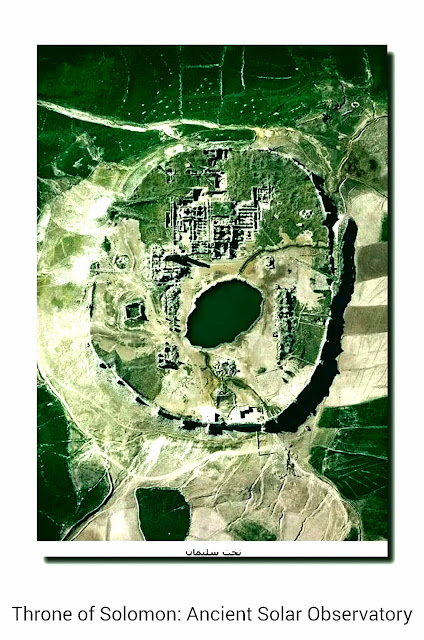