As a reader of my astrology reports in Iran Astrology Blog, you would have come across my references to the Zend-Avesta every now and then. As mentioned Ahuramazdan is a blog for looking at the Astrology of the Zend-Avesta.

As bold as a statement this is to make,  the Zend-Avesta is a compilation of all what seems to be pre-religion in Iran. There are very few distinct philosophy books of Iran left, after Cteisphun Library was burnt by Salman Parsi. His inquistion of Iran with the help of Arabs is predicted in Bahman Yasht.

Have a look at:

It is heavy reading. You will struggle to get much quick meaning. Here are some important points. This article predicts the future of Ahuramazdan in the Iranian Plateau. I use this phrase because what principles you choose in that area of the world determines your interpretations of the past and so will create the choices you have. If you have an Ahuramazdan view then you will have a different view than someone who looks at the world past and future from a Biblical or Koranic or Torah view. Of course we now know that Buddha was an Ahuramazdan. Once you get the Ahuramazdan perspective you will see outside of the religious boxes that you have been forced to believe. Remember Ahuramazdan is very much older.

From an Astrological point of view Bahman is Vohuman or Human or Aquarius. The word Aquarius is used by Europeans because it symbolized the common water or spirit that all humans have. The water bearer has the ability to reach out and understand the common connection and the common human expression. And today the Moon is in Bahman in the 8th House as I write. In fact this morning I came across a wonderful link about the first civilization in the Middle East.

For me it is a journey as well. I almost stumble across these questions and answers and no matter how lazy I am (and I am a real slouch) I get the zest to share it. I have no desire for fame or money. I just cannot bear the fact that no one else writes about this.

So here we are in Moon in Bahman in the 8th and I come across a clip about ancients that were far more advanced and lived 7000 years before Stonehenge. The only piece of text that connects to this is the Vendidad when we hear about preparation of humans against an ice-age.

We read in Bahman Yasht about the various Ages or Precession of Equinox and periods designated by various metals. Each begins with an Iranian Emperor. The coming of Salman and the mess we are in is also mentioned. The demolition of all the ancient buildings are mentioned.

Ahuramazda clearly tells Zoroaster the confusion Ahuramazdan will bear because what Salman does.

Bahman Yasht is just a simple Astrological interpretation of the world. Later it was copied by the religions with referrences made to their religious leaders as opposed to Iranian Emperors. It seemed then that the Jewish, Christian and Islamic historians just copied this system and put their own names instead. Plagiarism has no limit it seems.

But as Astrologers we persevere. We know that Moon in Bahman connects us all across space and time, especially if it is used at the right time. Meanings are nothing on their own. There is a correct time for everything. Bahman or Aquarius is the highest order of communication. It is the bond that unites all human along common humanitarian thought.

We know that the ruler of Aquarius or Bahman is Uranus. Uranus is exhalted in the 8th House or Aban or Scorpio. So it is very significant that Bahman Yasht is the document that relates to the deep spirit that lies in Aban or Seemorgh. It regenerates new thoughts within corporations or teams. In modern speak we see how new ideas become new companies that have brought diverse people who all have a common mandate. We have seen how democracy has become the tool for the expression of that common mandate. Bahman is the political expression of free speech. Ask any Aquarian what he or she thinks of an open mind and you will know what Vohuman, Human, or Bahman means.

We see in Bahman Yasht, that as the most powerful set of humans on the planet, Ahuramazdan will be totally destroyed. All our buildings and works of art will be wiped out. We will be totally humiliated as we come to the end of the Age of Pisces. New corporate entities, new political realities and unities will bind humans. We have seen Communism come and go. We have seen other political or corporste bonds create economic giants such as Apple that more powerful than many nations. They have established a fashion and a way of life never so disruptive in human culture. Twitter and Facebook are such social networks that the Age of Aquarius or Bahman is about. This openness of mind is what enables me to write to you. 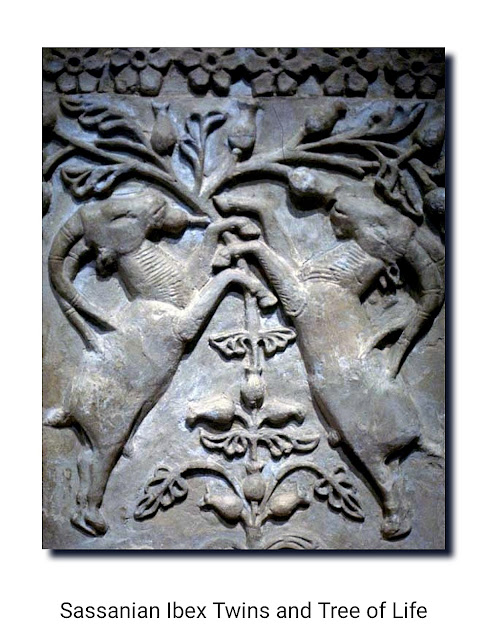